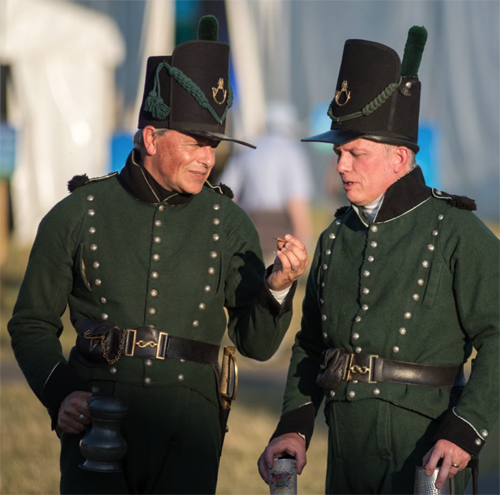 Tickets are now available for one of the largest history-related events of the calendar, the Chalke Valley History Festival held near Salisbury in Wiltshire from 24-30 June this year.

Those taking part in the Festival for the first time include Turtle Bunbury on Around the World in 1847, the best-selling crime novelist Minette Walters who will be discussing the Black Death, historian David Gilmour on The British in India, and Britain’s first female black professor of history Olivette Otele. Plus, the comedian and actor Harry Enfield, will join John Sessions, Natalie Haynes, Dan Snow and Charlie Higson for the irreverent and outrageous comedy Histrionics Quiz Show on the Friday night.

Events which include veterans are always particularly special and this year we have D-Day veterans Laurie Weeden, Joe Cattini and Richard Llewelleyn opening the Festival at our D-Day 75 morning; John Jammes, former member of the French resistance and winner of the Croix de Guerre and Ken Tout, a veteran of one of the most famous tank engagements of WWII. Our non-military veterans include farmer Allen Chalk, electoral analyst and inventor of the swingometer David Butler interviewed by Michael Crick, and Lien de Jong whose parents handed her over to strangers when she was eight to escape the Nazi death camps.

In addition to all the activities for families, children’s talks at the weekend feature Charlie Higson on Young Churchill and the amazing Peter Frankopan talking about The Silk Roads for adults and children.