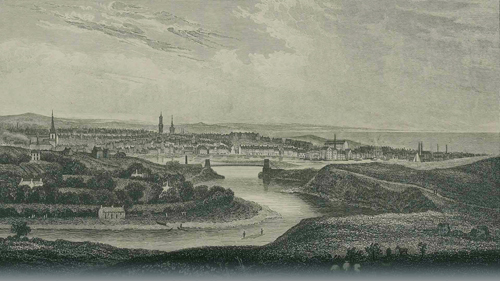 The first two Statistical Accounts of Scotland can help to bring your family history to life. Chris Paton explores how.

If you have Scottish ancestry, the Statistical Accounts of Scotland are undoubtedly some of the most useful and interesting documents available for your research. Published in the late 18th and mid 19th centuries, they can add much needed context to an ancestral narrative.

The first, or ‘Old’, Statistical Account of Scotland describes the economy, social character, local history and available natural resources for each individual parish within the country, as recorded between 1791 and 1799. The reports were compiled by the relevant Church of Scotland ministers in each of the country’s 938 parishes, who were asked to respond to a series of 171 standardised questions by Sir John Sinclair, the Westminster-based MP for Caithness. In some cases, it took years for the ministers to make a return, but after much cajoling for a response the returns were finally published across 21 volumes in 1799.

So useful was the information discovered from the exercise that it was repeated once more between 1834 and 1845, with a second, or ‘New’, Statistical Account, this time initiated by a body called the Committee of the Society for the Sons and Daughters of the Clergy. Although mostly recorded in the 1830s, it was not published until 1845, in a series of 15 volumes. A third series of accounts was later compiled from 1951, and published in 1992, although these are not available online.

A point in time

At their most basic, the statistical accounts provide a great deal of information about an area at a specific point in time. They identify the presbytery and synod within which each parish falls, mention details about natural features and topography, local antiquities of note and the history of the area, the make-up of the population, their religious affiliation and general character, the names of heritors (principle landholders), the state of agriculture and other industries within the parochial economy, the identity of key settlements in the parish, the state of the churches, schools, and parochial records, and considerably more. In amongst such background information are tales and anecdotes of the local parishioners. In Kirkwall, Orkney, for example, the Old Account notes that large families were the norm for the area, adding that “there is a clergyman in this synod still alive to whom one wife bore 22 [children]; and the present provost’s father had, by only two wives, 36 children”.

Many traditions are also described, alongside social commentary on issues which the church found both agreeable and disagreeable. In Aberdeen, for example, the minister describes the locally sanctioned practice in the city of registering irregular marriages (which were legal, but frowned upon by the Kirk) with local Justices of the Peace: “When a young couple meet with any obstacle to their union, they apply to the procurator-fiscal to get a Justice of the Peace to marry them. He instructs them to tell the Justice that they were married at such a time, but to refuse to name the celebrator and witnesses. Whereupon the Justice first decerns them to pay the legal fine… They get an extract of their sentence, pay the procurator-fiscal, and the ceremony is over.” Despite such marriages being valid under Scots Law, the minister was nevertheless indignant: “Can any idea be more ridiculous than that a person should apply to a public prosecutor, pay him, and be instructed to tell a lie to the magistrate, merely to get himself punished for a crime, which he is conscious he never committed!”

Taken together, however, the first two accounts also provide an extraordinary means by which to measure the rate of change in an area over a 40-year period, in the very midst of the Industrial and Agricultural Revolutions. If we take the burgh and parish of Perth, for example, the first account from 1796 notes the strength of the burgh’s linen and cotton weaving industries, with 1500 handloom weavers employed to create £100,000 of cloth annually, and a further £120,000 worth of linen purchased from the local markets. By 1837, however, the second account for Perth describes an altogether different story, noting how shortly after this boom, the industry duly crashed: “The numbers of operatives thereupon diminished. Wages fell very low, and no small distress ensued. There can be no doubt of the fact, that the temporary prosperity of this branch of trade was chiefly owing to the too adventurous spirit of speculating individuals.”

In most cases there will be copies of the two accounts for each parish, but for some, there will also be an addendum. In the Ayrshire parish of Largs in 1796, for example, a ‘Friend to Statistical Inquiries’ produced a revised edition of the Old Account which had first been produced in 1792 by the Reverend Gilbert Lang, with a footnote in the revision describing the original as ‘rather short and defective’, and supplied by ‘an intelligent and respectable friend to this great undertaking’.

The first two Statistical Accounts of Scotland can be accessed online by various means. The most complete and centralised resource is hosted by the University of Edinburgh’s Edina service located at stataccscot.edina.ac.uk/static/statacc/dist/home. Through this resource, accounts for a particular parish can be located by keyword search, or through an interactive map – and the entry read freely with a page at a time view, or two pages at a time on your browser. If you take out a paid subscription to the website, however, various additional features are also unlocked. Once subscribed and signed in, pages can be annotated, printed off, downloaded, and a transcription searched for specific texts. In addition to the main accounts themselves, additional content is also available to subscribers. This includes the original survey questions for both accounts, contemporary responses to the reports being published, submitted manuscripts concerning the parishes of Dumfries, Stow and Forgandenny, and an 1801 census of inhabitants within the parish of Stow. In addition, correspondence concerning the accounts has been made available on the site (as sourced from the National Records of Scotland and elsewhere), various related works by Sir John Sinclair, biographical accounts of his contemporaries and successors, and scholarly essays concerning the publication of the volumes. A subscription costs £15 for two months access, £37 for six months and £60 for 12 months.

In addition to the Edina based website, the Old and New Statistical Accounts are also freely available in a searchable format on both Google Books (books.google.co.uk) and via the Internet Archive (www.archive.org). By whichever means you gain access, once you have consulted the vital records and the censuses for your ancestors, the Statistical Accounts should always be the next port of call for your Scottish research.