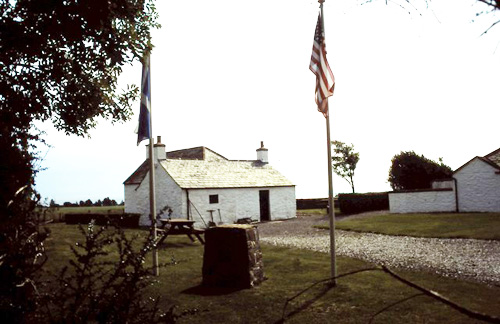 A museum in Scotland dedicated to a founding father of the US Navy has been rescued from closure thanks to a lifeline donation from an American supporter.

The John Paul Jones Museum, where the sailor was born in 1747, was threatened with closure after council funding cuts, but has now been rescued thanks to a $15,000-a-year donation from 64-year-old Jim Poole from San Diego, California.

Jones is a childhood hero of Mr Poole’s, and he got married there last year. Mr Poole said it was “vitally important to keep this museum going”: “As I tell people, the museum is a sacred ground of American and Scottish history. To let it disappear would be a crime – we have to keep this for future generations. He started off in such humble beginnings and [became] one of the greatest heroes in the history of the United States. And this was where it all started.”

Find out more and support the museum at www.jpj.demon.co.uk.

The cottage is furnished in the style of the 1700s when John Paul Jones, 'The Father of the American Navy', was born. Through headsets his mother describes life in the cottage.