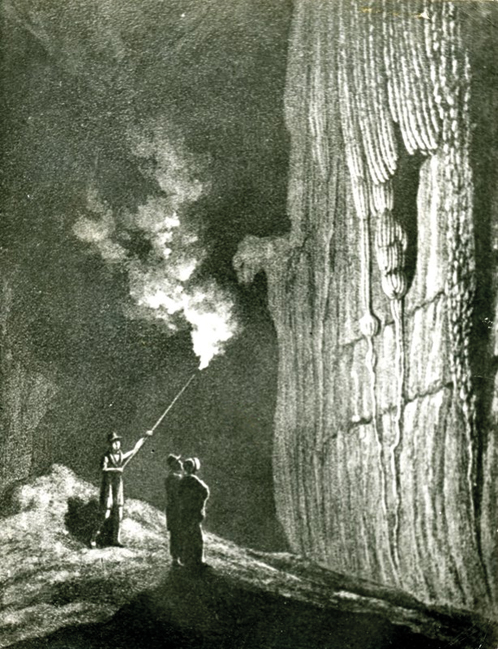 This rugged area may be less populated than other parts of Yorkshire – but it still has a history of textile manufacture, mining and tourism, as Mike Bedford explores.

Today, the centres of population in Yorkshire are the industrial conurbations in the modern day counties of South and West Yorkshire. However, the Yorkshire Dales, which rise from the Vale of York and stretch northwards from Harrogate, Skipton, and Settle, in North Yorkshire, and Ilkley in West Yorkshire, are steeped in history and have their own, fascinating, past. You might not find as many of your Yorkshire ancestors with roots in this picturesque part of the county as in its big cities, but your research trips here promise to be interesting and rewarding experiences.

The population of the Dales can trace its ancestry to many peoples including the ancient Celtic tribe known as the Brigantes, Danish invaders, and the Anglo-Saxons. Rome, of course, had also stamped its mark on the region, but not nearly as much as further east in Yorkshire, as their interest in this region was mostly military. These various influences are still evident in many of the region’s place names, including the Norse name Muker; the River Swale, that comes from the Anglo-Saxon word for swirling; and another of the Dales’ rivers, the Nidd, which is of Celtic origin. While a fair smattering of today’s Dales towns and villages can be found in the Domesday Book, large swathes of the area were described as “waste”. This is generally attributed to William’s Harrying of the North, although, even today, parts of the Yorkshire Dales have the sort of grandeur that only such desolated uplands can enjoy.

Visitors to the Dales could easily come away with the impression that sheep outnumber people. In fact, they do – and sheep farming has been a cornerstone of this part of Yorkshire for centuries. What’s more, several of the breeds are unique to the region, having descended from animals imported by the Vikings. After the Norman Conquest, much of the sheep farming was controlled by the monastic houses such as Bolton Abbey and Fountains Abbey, but sheep were also vital to the economy of many of the area’s villages and hamlets. Ade Edmondson illustrated something of the isolated nature of Dales sheep farming, even into the 21st century, by introducing us to the Owen family in his popular TV series The Dales. Viewers saw shepherdess Amanda Owen ferrying the eldest of their seven children 30 miles to school each day before starting work caring for 1000 sheep over some 2000 acres.

With such a rich heritage in sheep farming, it will come as no surprise that the Yorkshire Dales also had an important textile industry. Some was small-scale knitting, carried out in the home. This brought much-welcomed additional income to hard-pressed farmers and lead miners. Larger scale textile working did come to the Dales, though; indeed, some of those mills are evident today. In the main, though, when the Industrial Revolution modernised the textile industry, the mechanised mills were set up in towns and cities such as Bradford, Halifax and Huddersfield, further south in Yorkshire. It’s interesting to note that, in addition to the wool trade, the Dales once had a thriving trade in both cotton and flax, the latter being grown locally. The last of the mills operated until the mid-20th century and today, the Dales is home to many artisan textile workers.

Mining in Yorkshire is most commonly associated with the collieries in the industrial south and west. However, the Dales also has a mining heritage, lead mining bringing prosperity to Swaledale, Arkengarthdale and Wharfedale. This industry dated back to Roman times but peaked in the 18th and 19th centuries before fluctuating prices rendered the mines uneconomic. Many of the abandoned sites can still be seen today, and efforts are being made to preserve this important aspect of the region’s industrial heritage.

Mining in the Yorkshire Dales didn’t end with lead. Indeed, the historic kilns that were used to convert limestone into lime can be seen all over the region, and limestone continues to be quarried to the present day. Also mined here was coal, which played an important part in fuelling the lime kilns and lead smelters. Much of the coal mining was small scale, using bell pits to access shallow reserves. It didn’t survive into the era of large- scale coal mining, but one deep mine, at Ingleton, only closed in 1936.

Despite the demise of mining, the area is popular among those who enjoy exploring the natural holes in the ground the Dales is blessed with. Many of the pioneers of caving honed their skills here, although the first descent of one of the region’s most famous potholes, the 100- metre-deep Gaping Gill, was by Frenchman Edouard Martel in 1895. The Dales is now home to a dozen or so caving clubs.

Seaside resorts might come to mind when we think about the birth of mass tourism in the 19th century, but rural areas like the Dales got a look in too. This didn’t attract the same sort of commercialism as Yorkshire resorts, such as Scarborough and Whitby, but farmers and landowners capitalised on what they could offer. Waterfalls, rivers, gorges and caves proved especially popular, and landowners turned these into lucrative visitor attractions. Entrepreneurs provided transport to ferry tourists into the countryside from the Dales’ railway stations and also catered to their need for accommodation.

Today, tourism is even more popular. The Yorkshire Dales attracts 9.5 million visitors each year, many of them drawn by the same hills and caves that put the region on the map back in Victorian times.