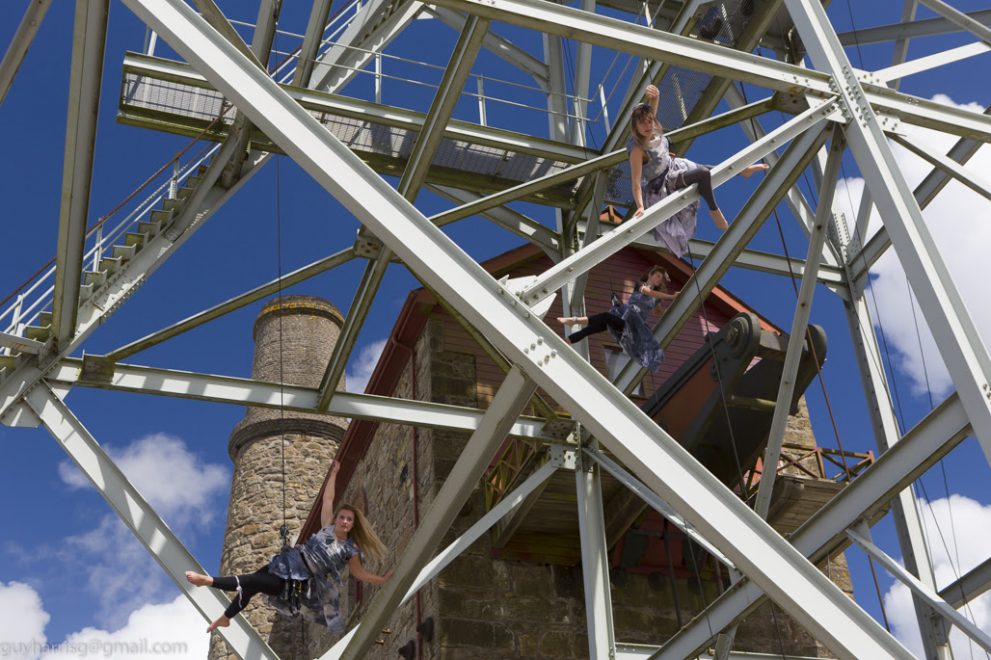 This summer, ‘Estah’s Story’, a sky-high, major spectacle of aerial performances, will tell the story of the Cornish ‘Bal maiden’ Estah and is set to take audience members on an emotionally-stirring journey through the highs and lows of the reality of mining times this August at Heartlands, Cornwall.

Estah’s Story is quite literally a ‘moving’ experience as the audience travel physically and emotionally with the characters from scene to scene. Extensively researched and based on real historical figures, the performance creatively combines metaphor, vertical dance, stunning visuals, musical score and human voice. Estah is a Cornish Bal maiden, leading the audience into her world, her life at the tin mine and into her dreams, both realised and lost.

Heartlands as a Cornish Mining World Heritage Site has a story of its own from industrial and economic success to decline and abandonment, and now redeveloped to honour the past. The architecture and mining equipment will cleverly inform the practice aerial performances and rigging possibilities.

The project will be performed 20 times, over a period of two weeks, with two performances per day from August 13th to August 23rd. The first performance each day at 18:30 will be aimed at families with younger children, the second performance at general audiences from 20:30. Each piece will last approximately one hour and ten minutes in duration and audience numbers will be limited to around 130 maximum to ensure the show is as intimate, engaging and enjoyable as possible.

Tickets for the show start from £6 for a child and £10 for an adult and can be purchased from Heartlands. For more information about Yskynna’s Heartlands project, please visit www.yskynna.co.uk or call Heartlands on 01209 721210.It is an entirely standing performance so attendees can feel free to bring their own chairs should they wish to or feel that they may need to.