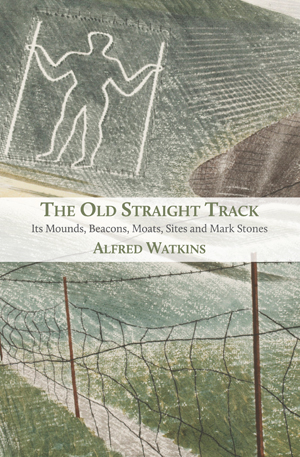 The Old Straight Track was written by Alfred Watkins, a Herefordshire-based antiquarian, businessman and photography pioneer, and first published in 1925. It is the book which introduced the concept of ‘ley lines’. Although later adopted by the New Age movement to mean lines of ‘earth energies’, Watkins’ original vision was simply of a system of alignments of natural and man-made features in the landscape, used by our ancient forebears to orient themselves in the world.

Although Watkins’ idea has been challenged by archaeologists, The Old Straight Track remains one of the most inspiring books about the British landscape and our relationship with it, and will encourage every reader to be more observant of our countryside and ancient heritage.

This edition includes more than 120 photographs and drawings by Alfred Watkins.

“The delightful account of a quest, which led Watkins through many curious byways both in his native landscape and in the realm of scholarship” – John Michell